There is an episode of the television show Law & Order in which a black attorney is asked by a white counterpart if he thinks of himself as a black lawyer or as a lawyer who’s black. During a racially charged case later in his career, the attorney comes to the conclusion that he originally considered himself the latter but grew to realize that he was the former.

Here’s hoping that before his final term in office concludes, the first black president will rightly conclude that he is a black president, and not just an American president who happens to be black, and subsequently has a responsibility to speak for those black Americans who cannot speak for themselves.

One of them is Trayvon Martin. 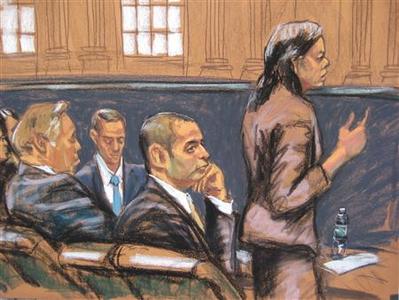 NEW YORK (AP) — The wife of a New York City police officer on trial on charges that he conspired to kidnap, torture, kill and eat women objected to a defense lawyer‘s characterization of what she saw on her husband’s computer as pornography.

via NYC woman: Husband wanted to kill me, eat others | CNS News.

Testimony in the trial of an NYPD officer accused of conspiring to kill and eat women featured talk of ‘Southern-Fried Belle,’ ‘Girl Soup,’ foot fancies, asphyxiation fetishes, and other fantasies the cop raised in emails. Michael Daly reports.