While catching up on Season 2 of the “Being Mary Jane” television series, I came upon a scene in Episode 9 where Gabrielle Union as Mary Jane Paul hosts a discussion on the Black woman’s image. Is she ugly?

The guest are real life activist and scholars, singer-songwriter, actress, musician, and record producer India Arie; Mark Anthony Neal a Professor of African & African American Studies and the founding director of the Center for Arts, Digital Culture and Entrepreneurship (CADCE) at Duke University; and Michaela Angela Davis, image activist, feminist, and CNN contributor. Professor Neal hosts many Black scholars on his weekly webcast, “Left of Black,” so this was right up his alley.

The question is: Black women. Do you feel Beautiful? “WE have to say we are magic,” says Davis. Watch and Learn!!!

The first time I heard Cheryl Barnes sing was at a Brooklyn theater where a group of friends and I went to see a 1979 highly advertised film, “Hair.” The music and choreography were amazing. It was filmed in New York, which made it ever so homey while full of energy. The leading cast was young and multicultural. 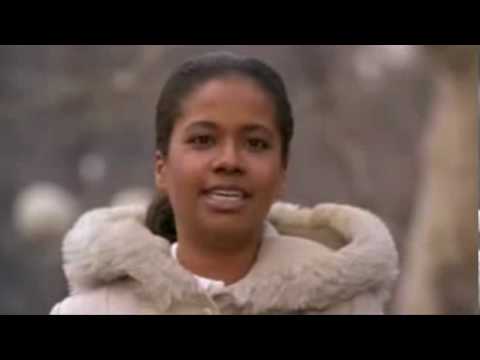 Leading with the cast, Cheryl Barnes ushers in the excitement that is Hair. Later on in the film a Black woman, played by Barnes, child in tow appeared giving context to the character LaFayette “Hud” Johnson, played by Dorsey Wright. She was the nameless fiance and represented all of the women and children left behind as our men took on the world. This representation may have been missed except for the voice that suddenly sparked, “Hooow Can People Be So Heartless…” The theater was torn. We were all captured and wanted more.

In the hunt for what became of Cheryl Barnes, I found that many bought the soundtrack to “Hair” just to get another moment of “Easy To Be Hard.” Over the years as I transferred the album to cassette and later bought a digital version, I often wondered why Barnes with such a strong voice disappeared from the stage considering her great talent.

“Cheryl Barnes – Raised in New Jersey, Cheryl has sang with groups such as the Classics Five and Ten Wheel Drive. She was also a back up singer for Genya Raven. Cheryl performed in Leonard Bernstein’s “Mass” and on Broadway in last Sweet Days of Isaac, Godspell and Jesus Christ Superstar. She portrayed Deena, the handmaiden in Doug Henning’s “The Magic Show”.

You can experience the depth and breath of Barnes’s voice in her performance of “Solid Silver Platform Shoes” in “The Magic Show.”

Cheryl Barnes also had a single out, “Save and Spend” in 1977 during the Disco era.

There are various stories traversing the internet as to the history of Barnes, but one holds true. Barnes was also the original Effie in the stage production of  “Dreamgirls” on Broadway previous to Jennifer Holliday.

In 1987, Cheryl Barnes reappeared as a contestant on “Star Search,” hosted by Ed McMahon, winning $100,00 in the Female Competition.

Cheryl Barnes has many fans researching her past and present location. There are many conspiracy theories lurking about on the internet. This may be part of her charm along with an outstanding voice. We may have more to add to this posting, but we can only hope.

Lyrics to “Easy To Be Hard”

I grew up listening to stories of greatness in the Caribbean seas. My formal education is in American culture. I often wondered why I trip over photos of MLKing everywhere, while Sir Cuthbert Montraville Sebastian of St. Kitts, my childhood hero, is seldom noticed. Thank you, #ForHarriet. #Cecile Emeke

There is a large number of people who feel as though the focal point of black activism and black success is and has always been centred on Black Americans. With powerful Black American men and women from Dr. Martin Luther King, Jr. and Angela Davis, to Barack Obama and Oprah Winfrey inspiring black individuals from around the world, people forget about the complexities of Black life and experiences outside of the U.S. Trying to put together a similar list of powerful Black British men is difficult. And to trying to compile a list of powerful Black British women even more so.

via Falling in Love with the Work of Black British Filmmaker Cecile Emeke.

More from The Root

The Beautiful Project, a Durham, N.C.-based nonprofit, has launched an online exhibit—“The Self Care Exhibit: A Word and Image Act of Self-Preservation and Political Warfare”—to help us see, through a photographic collective, how that self-preservation Sister Audre was referencing takes shape. The organization has long empowered black girls by making them partners in reframing their images in the media, but this is the first time it is applying its unique artistic activism through photography to an issue specific to adult black women.

The concept emerged during a conversation in 2013 when Jamaica Gilmer, a professional photographer gifted in the art of storytelling with her lens, and fellow co-founders of the Beautiful Project, writer and educator Pamela Thompson and educator and activist Erin Stephens, led a discussion with their group of contributors.

via Self-Care for Black Women: A Photography Exhibit Focuses on What It Looks Like – The Root.

Mary Seacole was a Jamaican nurse who cared for British soldiers at the battlefront during the Crimean War. She assisted the wounded at the military hospitals and was a familiar figure at the transfer points for casualties from the front. Her remedies for cholera and dysentery were particularly valued.

Septima Clark was an American educator and civil rights activist. Clark developed the literacy and citizenship workshops that played an important role in the drive for voting rights and civil rights for African-Americans in the American Civil Rights Movement.

Clark, along with future Supreme Court Justice Thurgood Marshall and others, worked on a 1945 case that sought equal pay for Black and white teachers. She described it as her “first effort in a social action challenging the status quo.” Her salary increased threefold when the case was won.

via 8 Black Women of the Civil Rights Era Who Don’t Get the Praise They Deserve – Atlanta Blackstar.

This Andie Berry article published in Everyday Feminism is a necessary item in the Black Girls toolbox.

I often felt like my parents were teaching me to be a complacent, extremely hardworking robot-woman (i.e. the mammy archetype). I now realize that they were doing their best to teach me how to survive the intersections of being Black and a woman in a world that hated both.

via 10 Learned Behaviors of a Black Girl — Everyday Feminism.

When we first heard the news about the series, it was said that a white woman would be the principal actor. She, who behind a balcony, would observe us like animals in a zoo. She who would speak on our behalf. Our history, suffering and capacity to speak for ourselves were minor details. The narrators of our trauma and suffering, in this case a man, is someone absent from this suffering. It is not silliness, not even conservatism, not even the forces of politically correctness, as some will suggest. It is about critical care for our history and existence.

Throughout their history in America, women and girls of African descent have been routinely subjected to racism, patriarchy, sexism and other forms of gender oppression, denied jobs and equal access to health services, among other problems. Join us for a discussion with members of the Black Autonomy Federation Women’s Commission about why black women must assert their right to independently organize around and address issues of specific concern to them.

This article is based on the NAACP report, Unlocking Opportunity For African American Girls: A Call to Action for Educational Equity. One premise that has held true since the 1960’s, is that the quality of teaching usurps all other factors in a child’s life. “One growing body of research shows that student achievement is more heavily influenced by teacher quality than by students’ race, class, prior academic record, or a school a student attends. This is especially true for students from low-income families and African American students. The benefits associated with being taught by good teachers are cumulative.”

The report, Unlocking Opportunity for African American Girls:  A Call to Action for Educational Equity, outlines what are sometimes insurmountable barriers to staying in school and how poor educational outcomes result in limited job opportunities, lower lifetime earnings, and increased risk of economic insecurity for African American women. In 2013, 43 percent of African American women without a high school diploma were living in poverty, compared to nine percent of African American women with at least a bachelor’s degree. The report examines roadblocks faced by both African American girls and boys—such as under-resourced schools—and emphasizes those that have a distinct impact on African American girls due to the intersection of gender and race stereotypes. These barriers include lack of access to college-and career-preparatory curricula in schools; limited access to athletics and other extracurricular activities; disproportionate and overly punitive disciplinary practices that exclude them from school for minor and subjective infractions, such as dress code violations and wearing natural hairstyles; discrimination against pregnant and parenting students; and pervasive sexual harassment and violence.

“To obtain a copy of the report, please contact:

E-mail requests for hard copies of the report to