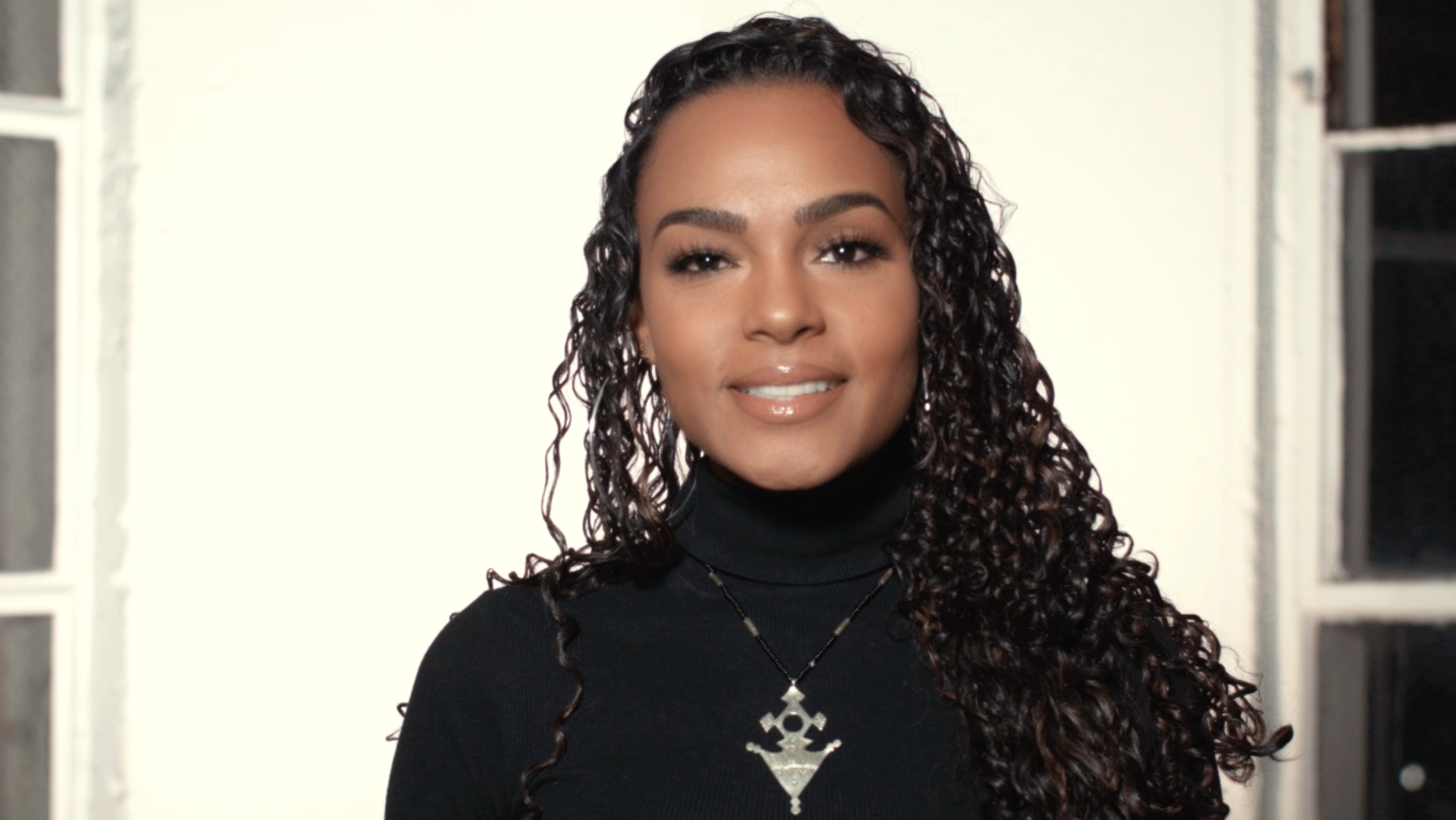 Motivation for Black People features “The #Power28.” The collection of February’s 28 days filled with 28 Black Creators and Black Leaders is a step toward recognizing the power of Blackness in an era of uncertainty. The work is still in progress to self-recognize the greatness often experienced under the cover of covert and overt violence waged against a population making up about 14% of the United States population, including multiracial African Americans.

We often recognize power as violence that can be achieved and rewarded. In the scope of these hearty and skilled noble men and women, power is the willingness to achieve despite walls of recognized and unspoken violence. We thank you all for rising to the challenges set before you in this conundrum.  Each day of February 2018, Motivation for Black People spotlights what the African American experience teaches, — Power is the gift of those who recognize it in all things.

Control Drama? We are in an era when those with control issues are the most busy. They sidle up to you with a warm inviting smile, smooth conversation, and a glint of honey in their eyes. But what do they really want? Take the journey with Dr. Jody Janati, professor in the Communications Studies Department at the University of Minnesota.

Most people have come to accept that conflict is inevitable. What many do not realize is that most of us use unconscious strategies called control dramas to gain power or energy from another person, and to essentially, “get their way with others.” A control drama is played by anyone who is feeling low on power or energy, to manipulate and steal the energy of another. We get our way with others by making them pay attention to us and then elicit a certain reaction from them to make ourselves feel fulfilled. The positive feelings we gain are won at the expense of the other person and this often causes imbalance and drama in our interpersonal relationships.

Read more about how to live Control Drama free.

TIME has named The Silence Breakers – the brave voices who sparked a movement in coming forward with their stories of sexual harassment – as its 2017 Person of the Year. The magazine’s editor-in-chief Edward Felsenthal revealed the selection Wednesday on “Today” along with the cover, a composite group photo that includes actress Ashley Judd,…

Just before the holidays, most teaching professionals gripe about grading papers on social media. Professor Smith’s experience is going viral and garnered at least two articles by online publications, besides the entry in her own blog entitled, “Maybe We Do Need White History Month or Millennials Don’t Know Shit About Slavery or Picking Appropriate Essay Topics or Being a Black English Adjunct Sucks Sometimes–Merry Christmas”.

Smith reviews an essay on the benefits of slavery turned in by one of her students with a thought provoking essay of her own. For a young adult to determine any social or political benefit from slavery to African Americans is disturbing. We have not done our jobs. Do we seem too complacent in our damage and recovery? Smith’s essay lays groundwork for new national conversations, if we would only listen.

This is definitely going to be a Merry, Merry Christmas.

The campaign to future economic reciprocity among African American banks, businesses and communities sparks another debate – is it worth the effort. Do we have the power to build a Black economic power base? Some say yes, — others suggest not.

With increased protests in the streets and exploration of solutions for continuing police violence and persistent inequality has come renewed calls for the deployment of collective economic strength, particularly in the form of boycotts and reinvestment in Black banks.  This has also brought about some renewed focus on the notion of “Black buying power.”  In this edition of imixwhatilike! we spend a day in the life of explaining, discussing and debating what i call The Myth of Black Buying Power.  The myth claims Black America has more than $1 trillion in annual spending power which confuses many about the nature of capitalism, economic inequality or the meaning of “power” itself.  With the help of radio hosts Jennifer Bryant, Netfa Freeman, Garrett Harris (WPFW 89.3 FM) and Eugene Puryear (Sputnik Radio) – and even an on-air debate with B. Doyle Mitchell Jr., president and CEO,

A worthy read is “Nobody: Casualties of America’s War on the Vulnerable, from Ferguson to Flint and Beyond” by Marc Lamont Hill, Morehouse University professor and new addition to the morning radio show the “Breakfast Club.”

for AOL BUILD, Hill said it. Within the few minutes allowed, he said what many of the socially conscious are thinking when sidelined from the Black Lives Matter agenda with the discussion of Black on Black crime and Black disobedience.  Hill states that “People who even if they don’t get killed by state violence through the form of bullets, they’re still committed to … slow death row – the death of poverty… ”

I  read at least five newspapers per day. Electronic media allows not only the authors response to a situation, but included are the public responses as well. From the death of Trayvon Martin in February 2012 to the more recent deaths of Alton Sterling and Philandro Castile, journalist and public commentators spoke within the confines of police and victim, prejudice and privilege, law and order. The policy driven isolation and destruction of Black economy creating targets of Black men and women never came into focus during these discussions – until now.

Before we continue our discussions of policy and practice, read “Nobody: Casualties of America’s War on the Vulnerable, from Ferguson to Flint and Beyond.”

Free State of Jones is one of the most overlooked films featured this summer. Matthew McConaughey as Newton Knight, an AWOL Confederate soldier and Mahershala Ali as Moses, an escaped enslaved African lead the tensions in this Civil War period piece. I viewed this film once for the overall story line and a second time for the details. Sorry, no spoilers here.

Historians and film producers often lean towards either the burdens of old slave narratives or the glorious Civil Rights Era when depicting the African quest for true freedom in America. Besides John Singleton and Gregory Poirier‘s Rosewood, few mainstream films have touched in detail on the post-Civil War/Reconstruction Black Lives timeline as Director/Writer Gary Ross and Writer Leonard Hartman in the Free State of Jones.

The film juxtapositions the strong presence of self-determined ‘free’ Black lives amidst slavery and segregation against the sub-civil war between wealthy Confederates and poor families, black and white.

The films weakest transitions are forward flashes to a future trial determining the racial identity of Davis Knight, Newton Knight’s second son. The outcome would determine the legality of Davis’s marriage to a White woman according to post-war segregation laws.

Other considerations are the relationship shifts as Blacks are legally free in 1865. Jones County, Mississippi grapples with Military Reconstruction in response to the South’s attempt to re-enslave Blacks through indentured servitude, Blacks gaining voting rights through the 15th Amendment and the rise of the Ku Klux Klan.

The Free State of Jones is a worthy film for any historian or film buff to have in their quiver. Below is an excerpt from author Richard Grant’s Smithsonian Institute article regarding the film’s historical value and present day Jones County’s varying sentiments toward Newton Knight and the film.

“ [Professor Wyatt Moulds] described Jones County as the most conservative place in Mississippi, but he noted that race relations were improving and that you could see it clearly in the changing attitudes toward Newt Knight. ‘It’s generational,’ he said. ‘A lot of older people see Newt as a traitor and a reprobate, and they don’t understand why anyone would want to make a movie about him. If you point out that Newt distributed food to starving people, and was known as the Robin Hood of the Piney Woods, they’ll tell you he married a black, like that trumps everything. And they won’t use the word ‘black.’”
[Moulds’s] current crop of students, on the other hand, are “fired up” about Newt and the movie. ‘Blacks and whites date each other in high school now, and they don’t think it’s a big deal,’ said Moulds. ‘That’s a huge change. Some of the young guys are really identifying with Newt now, as a symbol of Jones County pride. It doesn’t hurt that he was such a badass.’ “

“In the Lost Cause mythology, the South was united, and secession had nothing to do with slavery,” said Moulds. “What happened in Jones County puts the lie to that, so the Lost Causers have to paint Newt as a common outlaw, and above all else, deny all traces of Unionism. With the movie coming out, they’re at it harder than ever.”

Source: The True Story of the ‘Free State of Jones’ | History | Smithsonian

Notes from the cliff: While creeping around the past week of horrors, many are writing, talking, and crying it out. Social media keeps me aware that our young are worried about the narratives guiding their future.

The noble curtly announce their absence or prayer time from the conversation, instead of quietly slinking back into their mud-holes.
Still others wait for the book announcement to appear and the photo ops at book signings; still grinning and smelling like death.
Few will read the many articles like Death in Black and White – The New York Times

in honest obscurity to define their place in the blood and stink surrounding us. But I we must try.‪

Source: Death in Black and White – The New York Times