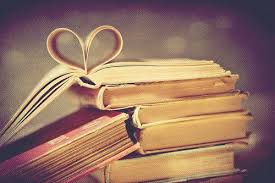 Sitting here reading David Autin’s, ‘All Roads Led To Montreal: Black Power, The Caribbean, and The Black Radical Tradition in Canada,’ with one eye on the news articles scrolling my Facebook page. Austin writes, in 2007, of major Caribbean-Canadian players forming committees and conventions to let Montreal and surrounding areas know that Black lives matter in 1967. Austin connects no death with the  1960’s Black Canadian politicians’ spark to Black cultural and political revolution, save for the absence of African recognition within the context of European-Canadian communities. They sniffed the air of Black revolutionaries across the border in the United States and West Indian independence to the southeast of Florida. And began to crawl out of the corners for a better view.

The Caribbean Conference Committee and later the Montreal New World Group served as the first anchors for collaborations and information-sharing. Still, these were peaceful inroads – a tight, hygienic revolution, as Austin portrays it. The current, Black Lives Matter movement did not have these comforting underpinnings. Michael Brown and many other Black youths in America opened the flood gates of protests that all started out mournful and mostly peaceful; although some ended in arrests, injuries, mayhem, and most important disfiguring headlines aimed to mute the cries and wipe away blood on the streets of Missouri, New York, Illinois, California, and most other states.

I turn back to Facebook. MPRNews.org’s Digital Books Producer, Tracy Mumford, writes ‘The Black Lives Matter reading list: Books to change the world.’  The time is too short and the wounds still too wet for any great author to complete a manuscript framing the Black Lives Matter debate. The article, however, advertises for bookstores who can now clear their inventory of African and African American scholarship in one swoop. We get to argue policy and problematic verses loose in social media. We have begun to package our newest creation – bloodless and blameless.

How will historians frame the current Black Lives Movement 50 years from now? After all, Austin’s near pristine 2007 account of the 1960’s African emergence from the Canadian shadows offers nothing more than well-groomed men sitting at a chess board. The only ruffles are the snickers and snaps as each berate the other’s well-calculated move into a semblance of the Black Power and Civil Rights movements of the United States.  Will Mike Brown’s death become clothed in the rhetoric of Martin Luther King, Jr, long dead by the time Brown was born? Will anyone dig up the video account of Eric Gardner being choked to death on a Staten Island sidewalk? How will Tamir Rice’s family remember that his bones helped fuel the fire already enlightening African American children that Black lives do matter in America, —  if only to them?  And most of all, with our advanced communications, social media, and electronic publications how many years is it going to take to manage these historical events — just right?

For Wintaye Gebru, the store’s general manager, the list hit very close to home. When the protests began, she was living in Ferguson.

“As a young, African-American woman and a Ferguson resident, I often feel that our story and the story of so many others who have lived similar lives have been hijacked or distorted by a narrative we didn’t create,” said Gebru.

“The reading list is our attempt at redirecting and widening that narrative so that it actually includes the observations and experiences of blacks in America.”