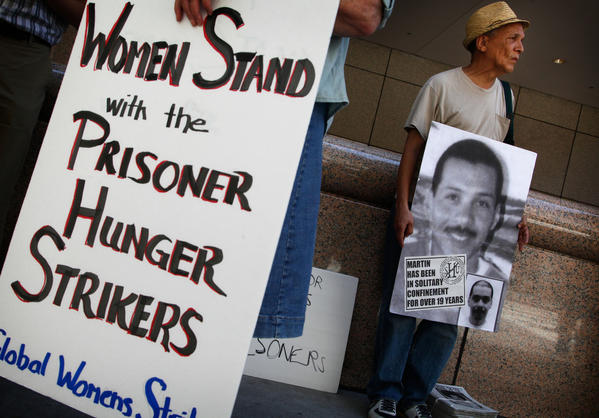 Inmates in two-thirds of the state’s 33 prisons, and at all four out-of-state private prisons, refused both breakfast and lunch on Monday, said corrections spokeswoman Terry Thornton. In addition, 2,300 prisoners failed to go to work or attend their prison classes, either refusing or in some cases saying they were sick.

The corrections department will not acknowledge a hunger strike until inmates have missed nine consecutive meals. Even so, Thornton said, Monday’s numbers are far larger than those California saw two years earlier during a series of hunger strikes that drew international attention.